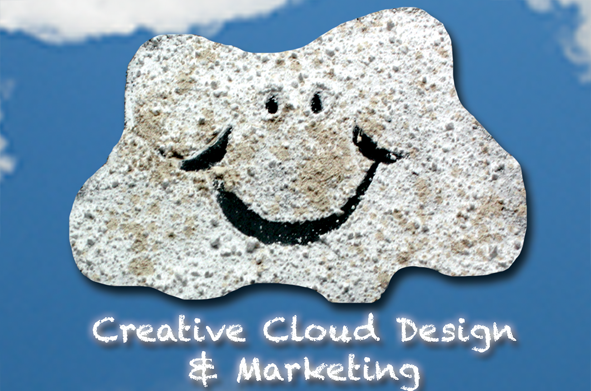 Can GIFs Save the Internet From Itself? Now thats a question!

If a picture is worth a 1000 words, how much is a GIF worth? If you ask GIPHY co-founder Alex Chung, it might be enough to save humanity on the internet as we know it.

The internet is a sterile, heartless place. And according to Chung, it does a pretty terrible job adequately portraying our highly visual and emotional lives.

There’s no denying that text dominates the web. “Content” is synonymous with written blog posts, and even images require a string of text to be read by search engines. But when you think about the lives we live away from a wifi signal, natural human communication is not limited to short snippets of written words.

But can GIFs really be the saving grace of it all? They’re nothing more than a simple, low-quality, soundless clip repeating for eternity. In a world where 360-degree video and live streaming are gaining momentum, it’s hard to believe a piece of media that can only render 256 colors (compared to the 16.7 million colors of a basic jpeg) could be the next big disrupter.

In his recent talk at the Collision Conference, Chung discussed how GIFs can be used to tell better stories, and eventually, alter the future of digital language and vocabulary. The 500 billion GIFs his company served over the past three years could be just the beginning of a complete overhaul of how we view media and express ourselves on the internet.

“How many times has Google not done something?”

The internet is, and has been for a while, growing on a broken foundation. And according to Chung, the lead contractor is none other than Google.

When you consider the disconnect between the conversations we have across dinner tables and over a string of Facebook messages, the root of the problem lies with how we describe and search for content. With the rise of complex multimedia and narrative content over the past decade, Chung believes Google is doing something it was never meant to do in the first place.

In the beginning, Google was designed to index referential and academic information. Not images, and especially not GIFs.

Just try to Google emotions like “happy,” “sad,” or “angry.” No matter how precise your adjectives are, happy or sad content will only rank if the creator followed SEO best practices. Long tail keywords cannot adequately express the nuances of human feeling — at least not in the size of a standard query box.

“The amount of information that has been put onto the internet is beyond what page rank was designed to really index.”

At the intersection of mathematical search engine functionality and human feeling lies GIPHY. And since the company’s inception in 2012, GIPHY existed to draw connections between two spheres that could not seem more opposite.

To know where it all started, you’ll have to go back to a conversation between two friends having your every day, casual talk about the limitations of modern language. (Did I mention they’re both former philosophy majors?)

Alex Chung and Jace Cooke were well aware of the then 25-year-old file format (because yes, that’s all a GIF is: a type of file). But they also knew that the language of GIFs had not yet been explored.

The pair considered the ongoing efforts of content indexing by the great search engine names of the day. While Google had clearly become the largest organizer of written content of the internet, they had done little to facilitate search in a way that reflects the way people inquire and talk about content in their real lives. Like a robot trying to explain human life, the hole in search engine functionality was gaping.

“All of this information was created by people with expression, with emotion, with all aspects of humanity … and we’ve translated it into this algorithm that was just meant to organize library books and reference material.”

The goal was set: GIPHY sought to create the first humanist search engine.

It’s worth noting, this doesn’t just mean organizing GIFs to make it easier for you to find the perfect dancing Jimmy Fallon. Instead, it’s about overcoming the limitations of typed text and changing the way people globally communicate with each other on the internet.

As great as texting is, we’ve all faced its limitations. Perhaps you’re planning a dinner party at your new place (homemade dinner, fresh sangria, the whole shebang…) Realizing you made the mistake of forgetting ice, you message a friend to grab a bag on the way.

“okay.” No exclamation mark. No “okay, no problem.” Nothing. Suddenly you realize the monumental impact a slight change in punctuation can make. Does she mind? Is she even excited about this party I’ve been planning all week?

Often, the symbols of a message can mean more than the words themselves.

But how things change when your friend responds with the upbeat, fun-loving promise of your favorite 90s sitcom star.

Needless to say, the complexities involved with communicating via modern technology are vast. Written language — especially in the confined space of a tweet, snapchat, or text — leaves too much open to interpretation.

Emojis sought to transcend technological limitations and cultural borders, but still fall short. According to a recent article by NPR, a quarter of all emojis yield conflicting responses on whether the sentiment was positive, negative, or neutral.

“There’s a lot of complexities to how you want to express yourself in the world.”

On the other hand, GIFs can be used to portray complex emotions. Send your friend this GIF from The Notebook, and you can remain utterly confident they won’t misread the exact tongue-in-cheek feeling you’re trying to get across.

Thanks to GIFs, you can manage the recipient’s response to a certain extent. With the rise of one-to-one messenger apps, the demand for a clear internet language will be more important than ever.

The Immortality of GIFs

To understand where GIFs are going, it helps to know where they’ve been. And in the realm of technology, it has been a long history: 29 years to be exact.

Long before GIFs were prized by the millennial population, they were fought over in a heated seven-year legal battle. In 1987, Steve Wilhite of Compuserve (the precursor to monthly internet subscription services like AOL) claimed the GIF as its own dynamic media solution for slow-moving modems — despite an existing patent dated 1985 by another technology company.

In the years to follow, GIFs lost popularity with the shift from internet 1.0 to 2.0. Web users wanted to interact and comment with websites, not simply build them for the sake of information. Therefore, GIFs would need a makeover to overcome their previous purpose of funny website place holders.

But thanks to gems like the dancing banana and dancing baby, GIFs reestablished themselves as the humorous misfits of the internet.

This revival first began with the brief rise of MySpace in the mid 2000s. Comment-based sites like Tumblr and Reddit then became the third breeding ground of the format, providing an alternative to embedded YouTube videos that took an unreasonable amount of time to load when immediacy is required for a witty response.

Finally in 2012, its return to fame was solidified. GIF was named the Word of the Year — just in time for its 25th birthday and the official founding of Chung’s GIPHY.

With this long, cyclical history in mind, you have to admit there’s something different about GIFs. Since 1987, a lot about media on the web has changed: video quality has gone HD, buffering time has decreased, beautiful full-width hero images have emerged, and sites have become interactive.

It’s worth asking if the hype around GIFs is coming a little too much, too late. In an industry as fast-paced as technology, could the GIF finally have reached it peak? Or will it continue the way it has for the past quarter of a century and live on?

If you ask Chung, it’s really only year one.

Let’s go back that whole saving the humanity thing.

Sure, history has proved GIFs to be seemingly eternal. But can something so tied to silly humor and pop culture really make such a significant impact on the world? In fact, Chung himself admits that when he completed his initial index of all existing GIFs, 80% were clips of TV, movies, and celebrities.

While some may see this sort of pop culture as the low hanging fruit of content, behind GIPHY is the makings of a growing media powerhouse responding to events with speeds that rival the fastest internet journalists.

This year, GIPHY live GIFed the Oscars, allowing them to capture the priceless expression of an annoyed Leonardo DiCaprio and create one of the most shared pieces of media of 2016 thus far. The fast-growing startup has also scored licensing deals with most major movie and TV producers to provide you with high-quality clips without fair use legal issues.

According to Chung, becoming a top media provider is just the beginning for GIPHY and the future of GIFs. All images on the web will be moving in the next 10 to 15 years. If your mind immediately goes to fantasies of Harry Potter newspapers, you’re thinking in the right direction. As GIFs become mass accepted, people will begin to expect moving images simply because of the increased amount of information that can be packed inside of them

“As people get more comfortable with GIFs, you’re going to see a lot more languages and small vocabularies and idiomatic expressions being created visually.”

If this comes to pass, moving images will not simply make the internet more visually appealing. GIFs will change the way people communicate cross-culturally.

Between idioms, figures of speech, and the ever-changing dictionary of messaging short-hand, expressing emotion online can be incredibly difficult for people of different cultural backgrounds. But with the help of GIFs, people can communicate without language proficiency.

“As soon as the internet goes moving, the internet will become a whole other place. It will be more representational of how we actually exist in the world.”

As influencers beyond Hollywood adopt GIF communication, the GIPHY library is destined to grow exponentially. Individual cultures will build and hone their own internet vocabulary. And finally, the internet could begin reflecting the unique expressions of humanity.

Do you use GIFs? If so, how? Write a response and let’s talk about it!

Google, Out with the old… In with the new!

Google Tricks That Will Change the Way You Search

Leave a reply Click here to cancel the reply

This site uses Akismet to reduce spam. Learn how your comment data is processed.